#105: The Function of EM and Gravitational Waves–Part 2

In the previous article, I explained how I came to conclude that the Hado function of EM is now considered to be based on gravitational waves. In conclusion, I mentioned how encountering the book, Gravatonics, by Dr. Hideo Seki was decisive. Professor Seki says that if the frequency of transverse wave electromagnetic waves that are currently used is changed using crystal, graphite, etc., it is possible to convert them to gravitational waves.

In fact, graphene with ultra-rectifying function, fullerene, carbon micro coil and carbon nanotubes, silicon carbide, etc., turned into a repeated coil state or a very stable three-dimensional structure. Their function can be thought of as a milestone in superconductivity, and graphene will soon be applied in that way. It has been confirmed that rectifying elements made by utilizing EM function similarly, with high functionality.

1. You don’t need to be an expert to know the wonders of EM

If you immerse a commercially available cheap razor with two blades for a few seconds in activated EM liquid each time after you use it, and then wipe it clean, you can continue to use it for quite a long period of time without the blade becoming dull. EMW, EMX Gold, and EM ceramics have the same effect.

Gently spray EMX Gold diluted 100 to 500 times on old clothes you no longer wear. As you increase the number of times you spray, the clothes will become better than new and transform into high-function clothes that are enhance your health.

Spraying shoes and accessories, furniture, appliances, and everything you use in the home in the same way will make them highly functional, and before you know it your electric bills will be lower and all will become healthy.

For people who find it too troublesome to make activated EM liquid, for those looking for a simpler way, this method is perfect. The effects will not disappear easily, and consistent with the principles of gravitational waves, the effects will increase the more it is applied.

2. Further enhanced effects when the potential voltage is present

Several times in this series I have described the effects of barriers made with EM, and in recent years, to increase its effectiveness, we have utilized the potential voltage present in batteries and utility poles.

Originally the aim of building a barrier was to create an invisible barrier to protect a holy site, surrounding it with tied rope or string, adding prayers of protection, using jewelry, etc. as an energy medium, with the understanding that the space will be a high-energy three-dimensional state. At first glance it seems like some kind of magic spell, but the abilities of the person who take care to do this create the phenomenon of “miracle efficaciousness.” However, if you are not trained to be able to sense it, most people ignore it or don’t believe it because it has not been proven scientifically. The more times this is done, the stronger the Hado becomes.

The method of using EM to make a barrier is highly repeatable, and in recent years the methods of creating these barriers has further evolved. At corner posts that make up the barrier, put in activated EM liquid made with seawater and add one spoonful of both Super Cera powder and charcoal powder, seal this mixture up and tie it, then paste a 3V lithium-ion battery to it, or connect it to a telephone pole. Even without electricity flowing, it will induce Hado comparable to the voltage.

To check its strength, also as a way to check the quantum entanglement using the O-ring method, you can see the amplification effect on Hado through such potential voltage.

The essence of limit breakthroughs with EM is supported by gravitational waves.

As I have already introduced in numerous cases, if you carefully spray EM a number of times, you will get much better results than spraying a large amount only one time. In all cases, spraying a 500 to 1000 times dilution of EMX Gold over indoor plants and as a final step when house cleaning and washing clothes will, over a six month to one year period, restore these in a way that is obvious to anyone.

When the level of the rectifying elements made from EM increases, it will naturally also be possible to incorporate the energy from gravitational waves inherent in organisms. In a field of bananas entirely planted and cultivated using EM, we surrounded it with a barrier line to which were attached rectifying elements of EM on each corner, with an induced potential voltage of 6600V. The results are seen in the following photo. 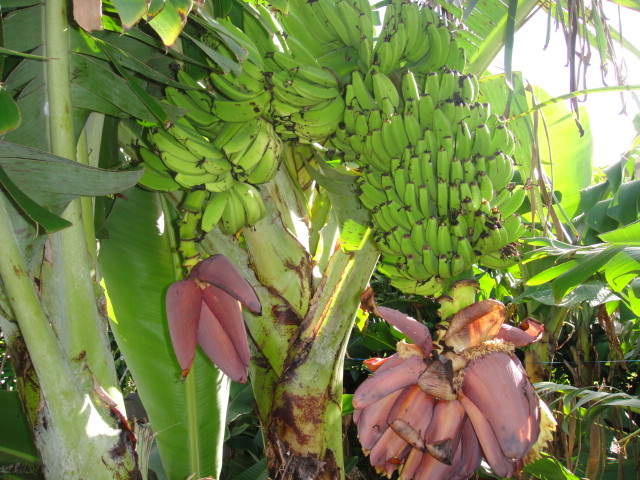 We see the bananas in one banana tree coming out divided into two bunches. In addition, the number of bananas on each bunch is two to three times normal yield. My original profession is tropical fruit tree expert. This is the only such phenomenon in the world, and though there are examples of two fruit bunches on trees used for ornamental purposes, there are no cases of this occurring in commercial varieties of the fruit. This could be seen as a morphologically different variety. 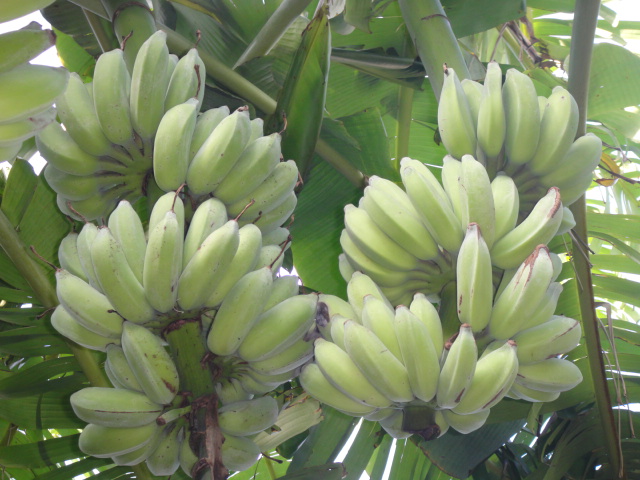 This shows Thai-based Island bananas growing on the tree until last week (March 21). The fruit on this variety of tree will stop growing in winter, with the fruit so misshapen that they can’t be sold commercially. But even in this time when it is relatively cold, the fruit have grown as impressively as during the most desirable period of summer. 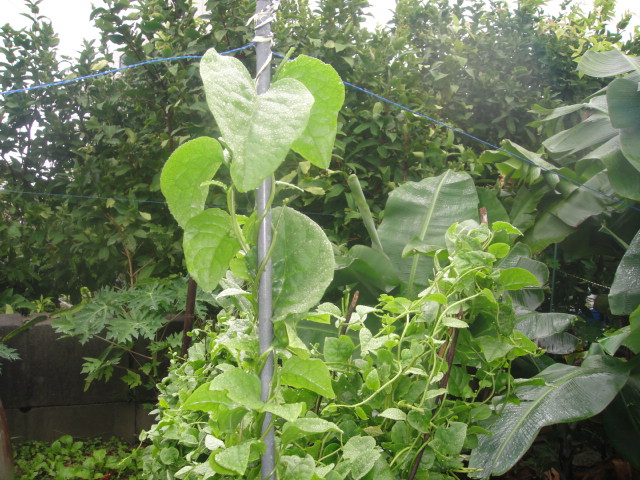 These are the leaves of the giant edible Malabar spinach that grew after I installed a barrier line. Usually they are the size of the leaves on the lower part, and the difference is obvious. 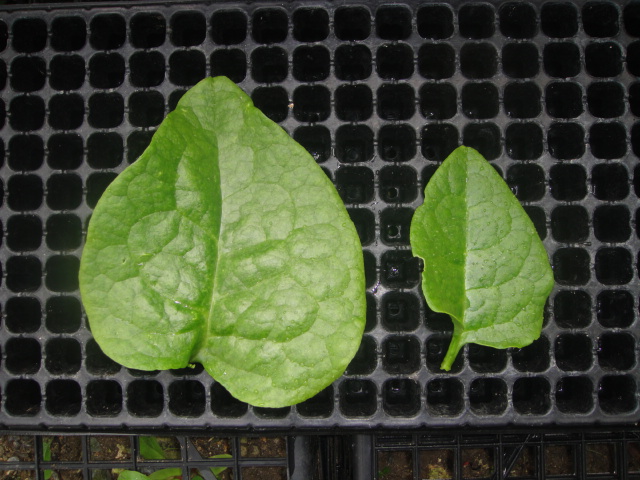 This is a comparison of one of its huge leaves and a normal-sized leaf. The surface area is four times bigger, and it is more than five times heavier.

Such a limit breakthrough phenomenon will never occur unless electrons are incorporated that far exceed the energy of normal photosynthesis. From a different perspective, it goes beyond the mechanism of conventional genes. On the flip side, if it is possible to give a lot of electrons to plants, then ultra high-yield, ultra high-quality crop cultivation is possible without the necessity of producing special varieties through gene recombination, etc.