#135 Definitive use of EM barriers to deal with typhoons

Definitive use of EM barriers to deal with typhoons

This year, starting from Typhoon No. 21, Okinawa experienced Typhoons No. 24 and No. 25, which clearly demonstrated the intensity of typhoons. I discussed weather disaster countermeasures using EM in the 87th and 88th article of this essay series, and this year also reconfirmed these weather countermeasures through EM rectification, as discussed in the 113th article.

The method of creating an EM barrier has already been publicly made known, widely applied to wildlife control, and improvement in sales and quality. From the viewpoint of those who do not understand EM, EM’s rectification power, and the relationship between EM and Hado, the result can only be seen as magic or something occult.

The strength of the barrier is proportional to the rectifying power of EM, and its function improves year by year. From two years ago, we have began utilizing this for the general public, have created a rectifying sticker to further increase the dimensionality, have provided these free for people who are working with EM volunteers, and have checked how this process has evolved.

Typhoon No.21 caused great damage in Wakayama prefecture, but I have received reports that an orange orchard that made a barrier with EM Graviton stickers was completely free of damage, and that in Yamagata prefecture there were almost no pears or apples that fell because of the typhoon.

The Kyuseishinkyo group in Tsu City, which I introduced in a previous article, also had no damage to their rice paddy that was firmly connected with an unbroken EM barrier, despite the fact that the adjacent rice paddy nearly collapsed.

It is also clear that if a barrier is established, the growth and quality of the crop will be greatly improved, and damage from natural disasters will be significantly reduced. By creating such a foundation and enhancing the quantum overlay effect in baker’s transformation (pie dough layering transformation), which I described in the 126th article of this series, it becomes possible to establish the ideal method of Nature Farming.

Originally, as stated in the 109th article, since November 13, 2013 various miraculous phenomena occurred in Okinawa as a result of the creation of EM barriers. This was presaged in the 88th article, but in the 113th article this had reached the level where clear conclusions could be achieved.

Specifically, the conclusion was that in a boundary 55km high and 354km north to south in Okinawa, crops are not to be fatally damaged and they quickly recover after a typhoon due to a remarkable suppression of the shock waves caused by typhoons. In addition, damage to buildings and greenhouses is greatly reduced. The results are clearly shown in the prefectural surveys and agricultural production statistics.

The September 30 route map of Typhoon No. 24 is a typical example. Typhoon No. 24 had low rainfall, strong winds, and blew for a long time, so the whole of Okinawa Island ended up in a terrible state because of salt damage as if a herbicide was sprayed everywhere. On October 3, the Okinawa Times, a local newspaper, reported the catastrophic damage with the headline “90% of open field chrysanthemums cannot be shipped out to market”. Immediately after that, Typhoon No. 25 struck, following the same course. According to the Meteorological Observatory’s forecast, as of October 3, it was forecast to follow the same course as Typhoon No. 24. I thought that but I decided to create a barrier in the southwest part of Okinawa for ten minutes starting at nine a.m. Two hours later, there was an announcement of the weather station that the typhoon changed its course to the west and, feeling greatly relieved, I went on a business trip to Miyagi Prefecture. 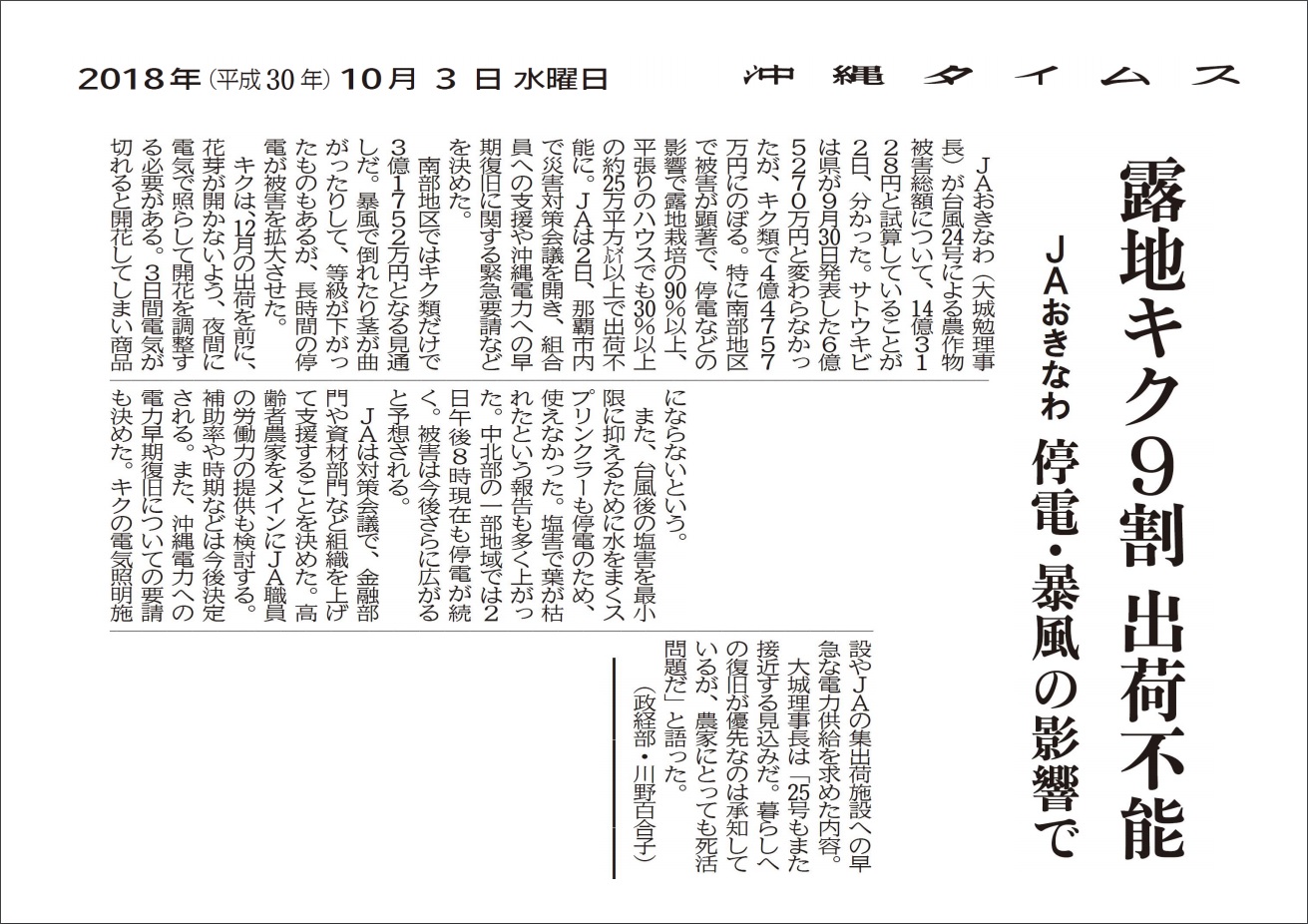 Okinawa Times, October 3, 2018​, click on the image for the English version.

As shown in Figure 2, the route followed by Typhoon No. 25 on October 5 shifted to the west due to the barrier, causing a large amount of rain on Okinawa Island, resulting in significant reduction of salt damage. From a quantum mechanics point of view, I think that this situation is very natural, but in general, further verification is needed to make this technology understood, and this will more likely take quite some time. Damage caused Typhoon No. 24 would normally take two to three years to recover from (Photo 1), but because Typhoon No. 24 fortunately brought rain, complete recovery took only two to three months (Photo 2). For reference, please see the articles in the December 18th and December 20th article of the Okinawa Times regarding JA Okinawa.

In the above announcement on October 3, it was reported that 90% of open field chrysanthemums would not be able to be shipped out to market. However, when we carefully examined the reality, the damage was extremely low, and this means that revenue has increased this quarter. 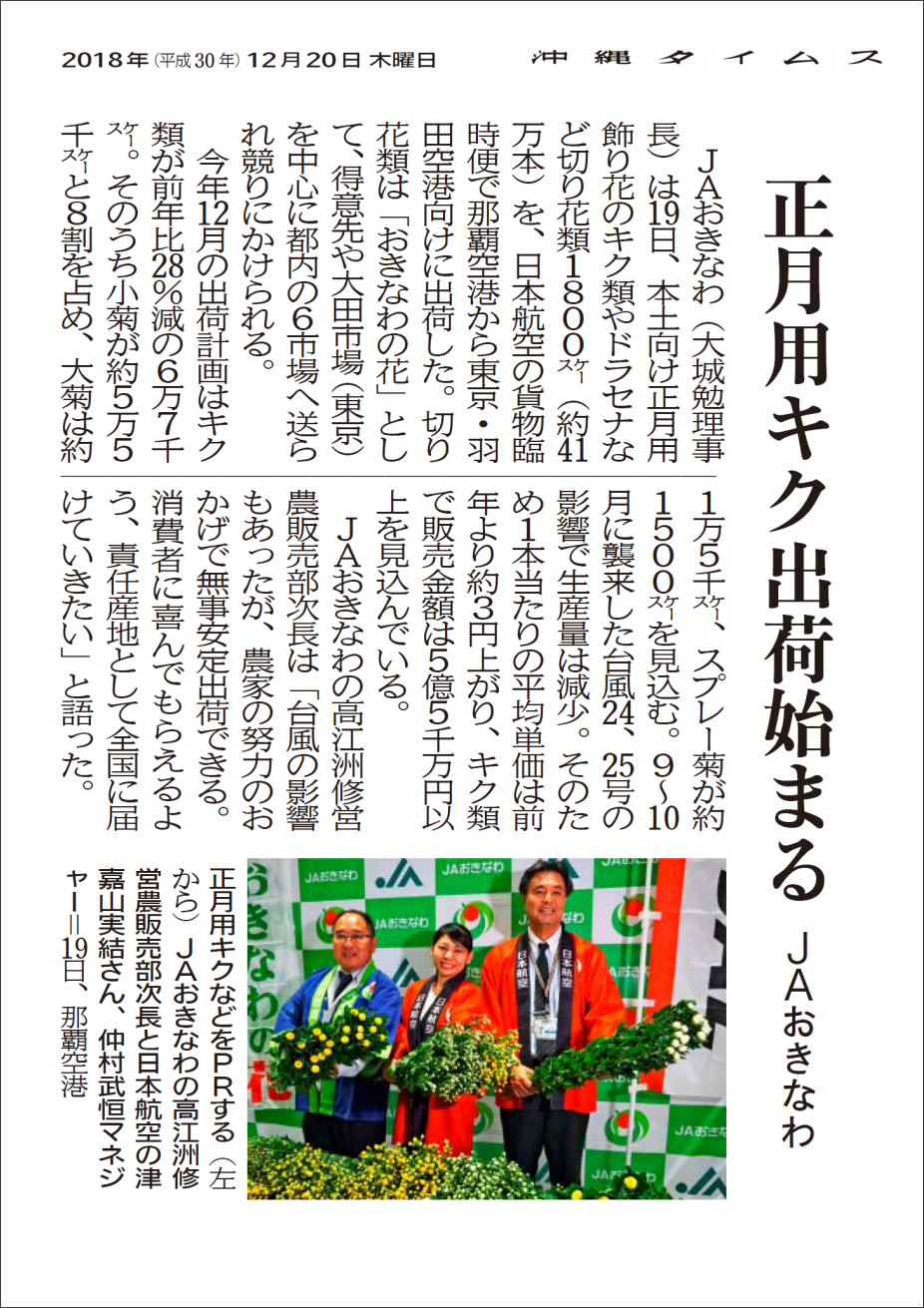 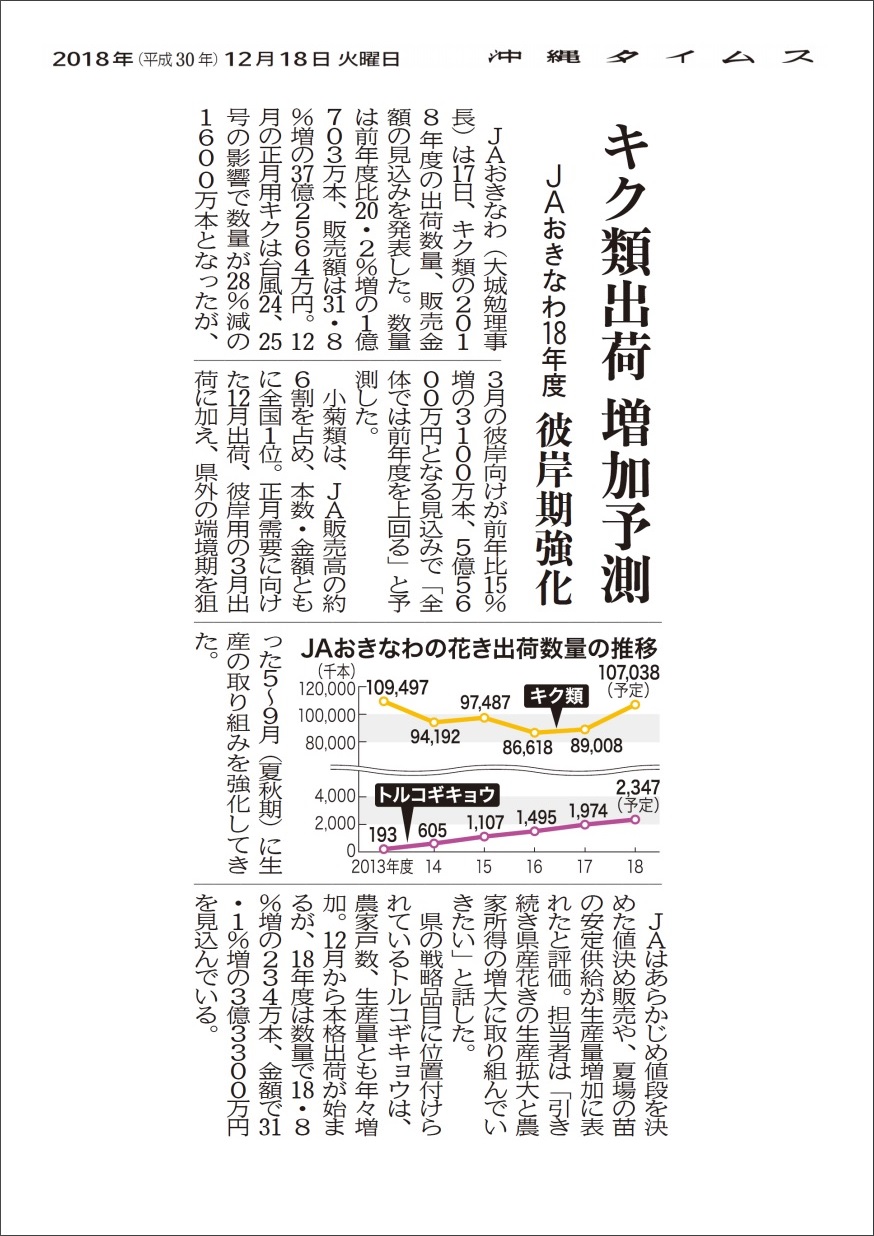 Photo 1 shows the conditions of rose apple tree and bananas immediately after the typhoon. Photo 2 is an image after sixty days. 90 days have now passed, and the trees are even fuller, and the roadside trees and mountains in Okinawa are lush, as if it were spring.