#104: The Function of EM and Gravitational Waves 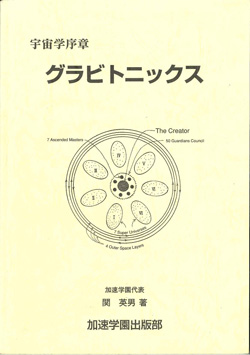 On February 11th, I heard the news that the LIGO in the USA successfully detected the emitted gravitational waves when two of the black holes were united. After considering various ideas, I have begun to think that the almighty, mysterious Hado waves emitted by EM are the gravitational waves proposed by Prof. Hideo Seki. Dr. Seki’s theories are elucidated in detail in his book, Gravitonics: A Cosmology Preface (Kasoku Gakuen Publications Department, 2000).

Initially, as a basis for explaining the almighty, mysterious features of EM, it was thought they were due to the strong antioxidant effects of EM. Certainly, EM, including within the body, will clear or remove a large number of free radicals that have the different properties that occur in nature. EM makes harmful chemical substances harmless, including dioxin. There are no exceptions.

The next thing that became clear were the non-ionizing effects. Oxidation and ionization will occur at the same time, in equilibrium, recovering electricity that was ionized, making it non-ionic, in other words changing it to a state that is not tinged with electricity. Changing, in other words, red rust to black rust. Therefore, even in the soil of the desert in which salts have accumulated and salt damage occurs, using EM will immediately nurture the soil so it returns to normal, and salinity will quickly disappear. In fact, salt is changed to fertilizer and absorbed, a repeated phenomenon that makes one think the salt was lost.

These can be explained in terms of the theory of atomic transmutation theory by microorganisms proposed by the French scientist Corentin Louis Kervran, and Dr. Komaki. However, at that time, since pseudo scholars who have not tested EM
were bashing EM, saying that it is outrageous, I refrained from making claims about the atom or atomic transmutation by EM.

The last results supporting this came from experiments in Belarus, an area that suffered in the disaster of the Chernobyl nuclear accident, experiments that showed that more that 15 percent of the radioactive cesium has disappeared. At the same time as this series of events, when EM was into a glass container in the treated areas, trichloroethylene disappeared in about 12 hours, and the amount in even untreated plots that had been in contact with the container decreased to a level that one could never expect. Even if you place a container about 5cm from an untreated plot, it was also confirmed that in a few days trichloroethylene greatly decreased in the untreated group. Up to now, we have experienced a number of similar phenomena in water purification and the like. In spite of the fact that there was a great difference in the original experiments, if the plot remains in contact with the container, or is even about 4 to 5cm apart from it, it will quickly show the same tendencies as the EM treated group.

Because this reaction was promoted by the presence of magnetism, it was originally explained as due to magnetic resonance Hado (especially nuclear magnetism).  However, at this level, it is impossible to explain that the radioactivity disappears with EM. But if the Hado in EM have resonance and vibration, these must be ultra-ultra high Hado of ultra low energy that exceed radioactivity, and I have been using this rather difficult explanation that relies on this type of mutually contradictory Hado.

As a matter of course, in physics it is accepted that high frequency waves have high energy. Thus, in electromagnetic theory such Hado cannot exist. However, I was convinced of the existence of Hado that went beyond this. In other words, the presence of gravitational waves.

At such time I found the book of Dr. Hideo Seki that I mentioned above. This book provided answers to all my questions.

4. Dr. Komaki further argues that we need to research the nature of gravitational waves and their application in various fields (communications, energy, spirit, physiology, biology, environment, etc.) and how these can be applied in society in the future.

Because I had already confirmed the majority of the cases mentioned in that book, I grew confident that the mysterious phenomenon of EM is due to the gravitational waves EM emits.

Gravitational Waves, by the Action of Attraction Alone, Maintain the Balance of all Things. 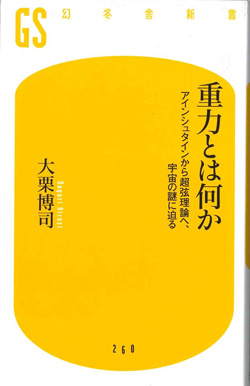 Salt changes to fertilizer, radioactivity disappears, people recover from incurable diseases, plants grow several times more than expected, pollution completely disappears, superconductivity occurs at room temperature, and permanent power generation, cosmic energy, detoxification of electromagnetic waves, and other phenomenon are possible. It would be best to consider that the majority of these phenomenon, said to be miracles or products of the occult, actually involve the action of gravitational waves.

Starting from the next article I will introduce a variety of cases in which gravitational waves are likely to be involved. In order to deepen your understanding of gravitational waves, in addition to Dr. Seki’s book, I suggest also reading Dr. Hiroshi Ooguri’s book What is the Force of Gravity--From Einstein to Superstring Theory, Approaching the Mysteries of the Universe (Gentosha, 2012). It is an easy-to-understand commentary that non-experts can appreciate.