As I introduced to you in last month’s article, the Environmental Forum "Utsukushima EM Paradise" was held in two places, Fukushima on November 28 and Tokyo on November 29. In Fukushima, we mainly reported on achievements in the field and the reproducible results of the reduction experiment on cesium 137 in a container obtained by the Belarus National Radiobiology Institute and the EM Research Organization.
In this article, I will mainly introduce the current situation in Fukushima. Based on this background, I gave the following opening speech, and radioactivity measures are summarized in 1 to 6 below.

This Environmental Forum is held in order to help recover a beautiful Fukushima, “Utsukushima EM Paradise,” through the application of EM in Fukushima Prefecture to solve radioactive contamination in the wake of the damage caused by the March 11, 2011 disaster that occurred when the Eastern Japan Tokyo Electric Power Company’s Fukushima Daiichi nuclear power plant sustained an accident during the Eastern Japan earthquake. This year will be the fourth Forum.

In the 1st Forum, the achievements up to 2012 were presented and these contents have been reconfirmed in the 2013 and 2014 Forums.

The above results are, according to theoretical physics, not possible, but in the 2nd and 3rd Forums, in order to re-confirm these effects, we asked the same people who have continued to use EM in the same places to present their findings. Along with the presentation by the Belarus National Radiobiology Research Institute, it was clear that the above six items were reinforced over time. We also confirmed that re-contamination was also greatly suppressed in places where the effects of EM were evident.

At the 3rd Forum last year, the National Radiobiology Institute of Belarus presented results of experiments using a column (hermetic container) that showed that EM definitely can eliminate cesium-137. This startling fact is impossible to explain using conventional theories, but it demonstrates the broad range of effects EM has.

In order to publicize to the world the tremendous effects of EM, the movie “SOSEI-Rejuvenation” was completed, and has been in theatrical release since March. Along with disseminating EM information among ordinary people, the film has become a major force in helping people understand the guidelines of the NPO U-net (United Networks for Earth Environment). I would like to express my sincere gratitude once again to Tetsu Shiratori, the film’s director, and everyone who was involved in the production of this movie.

Initially, EM disaster reconstruction support started with 13 projects, but now it has expanded to 50 projects.

There is not even one example of any region stopping the use of EM because it was ineffective. People who have been using EM have not only been able to reduce radioactivity, but have obtained excellent results with crops and animals as well.
They are also experiencing significant results when using EM to clean up the environment, and this grassroots movement has spread steadily.

The results so far have all been made public, and this information may also have reached relevant governmental organizations, but there are legal restrictions regarding radioactivity measures that make it entirely the responsibility of our national government. Criticisms of EM are used as one reason, and the situation is not conducive to this information being officially utilized. However, there are no reasons whatsoever to reject the use of EM.

The guiding principle of U-net (United Networks for Earth Environment, NPO) is that “volunteers who do not seek repayment will change the world.” This is the premise behind the slogan “For the Generations to Come” by Shinmin Sakamura listed on the cover. They work joyfully, undiscouraged, and patiently, and this sustainable movement is steadily becoming indispensible to society.

The EM concept is, in all things, to promote “safety and ease of use,” to produce “high quality at low cost,” and to maintain “a virtuous cycle of sustainability.” This force demonstrates infinite power not only in radioactivity contamination measures, but in all phenomenon where there is disintegration and decay (an increase in entropy).

Finally, I would like to thank everyone involved who helped make this Forum a reality, and I am looking forward to seeing Fukushima Prefecture become a true “Utsukushima EM Paradise”.

The information presented at this year’s Forum had even more significant content. 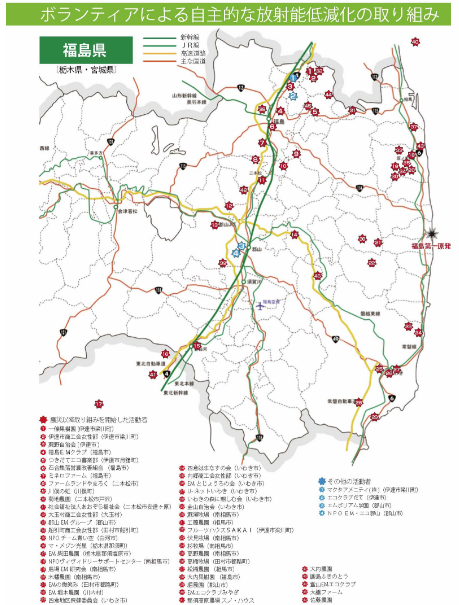 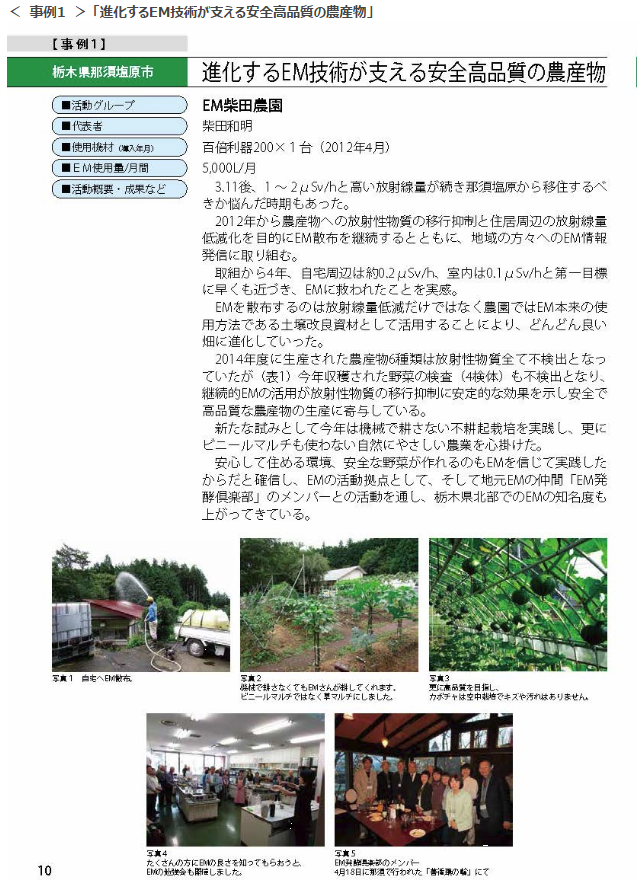 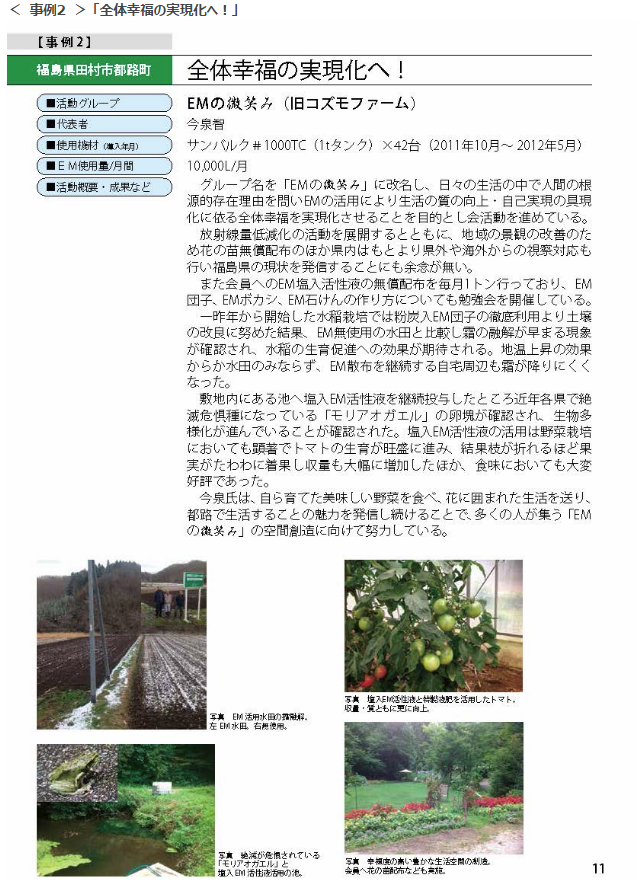 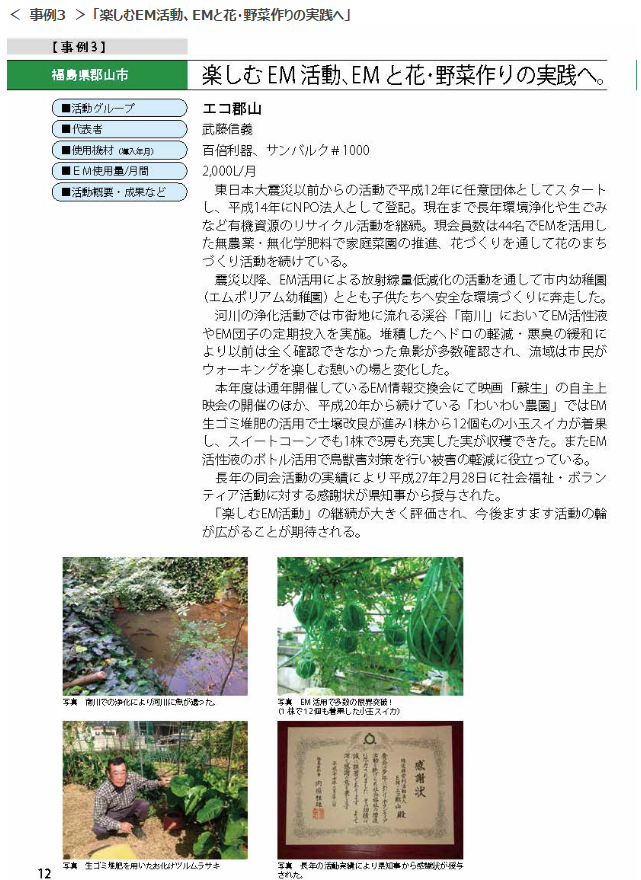 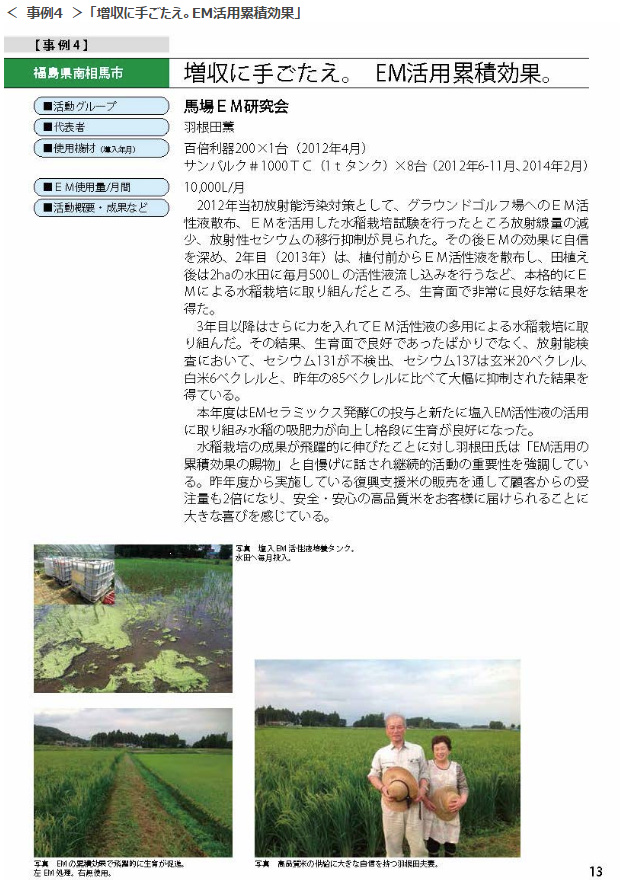 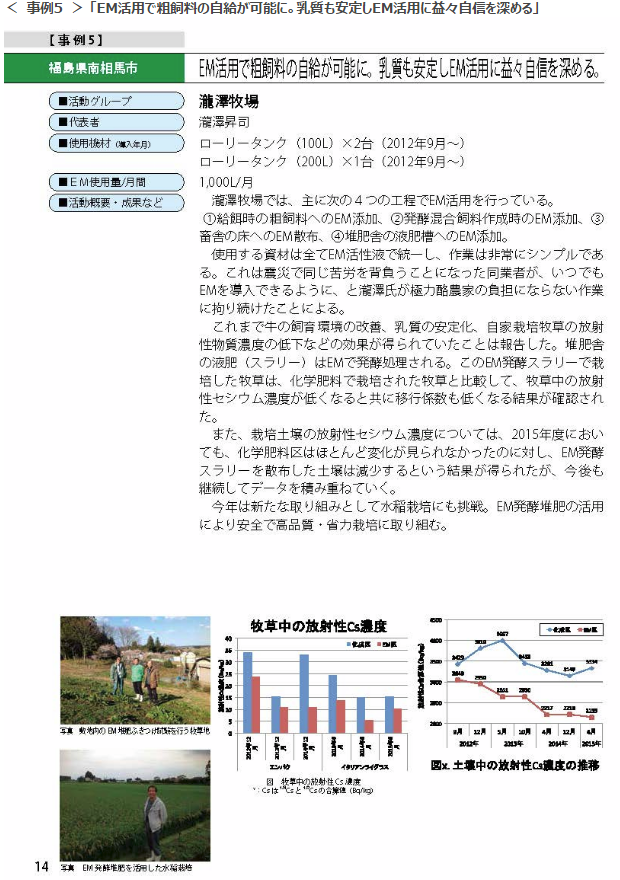 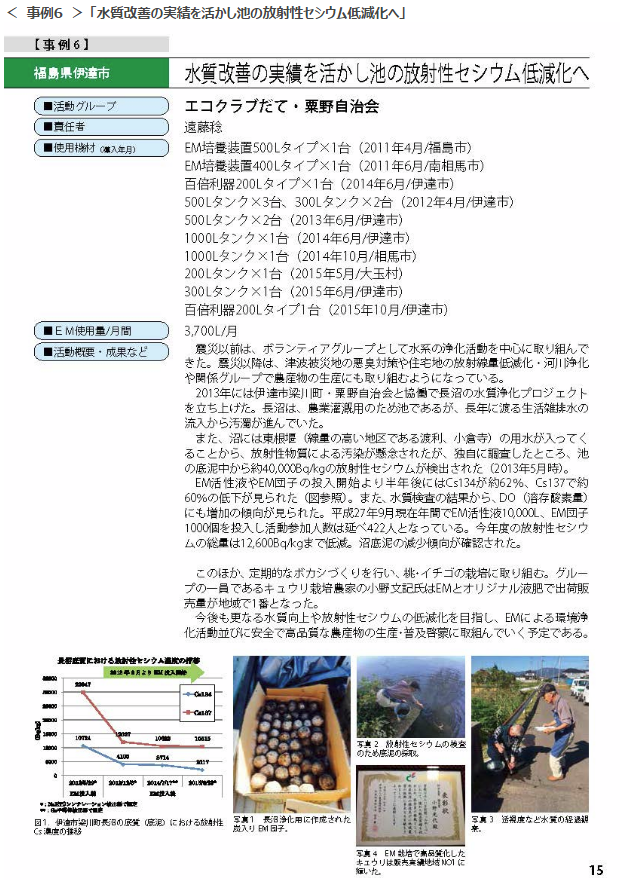 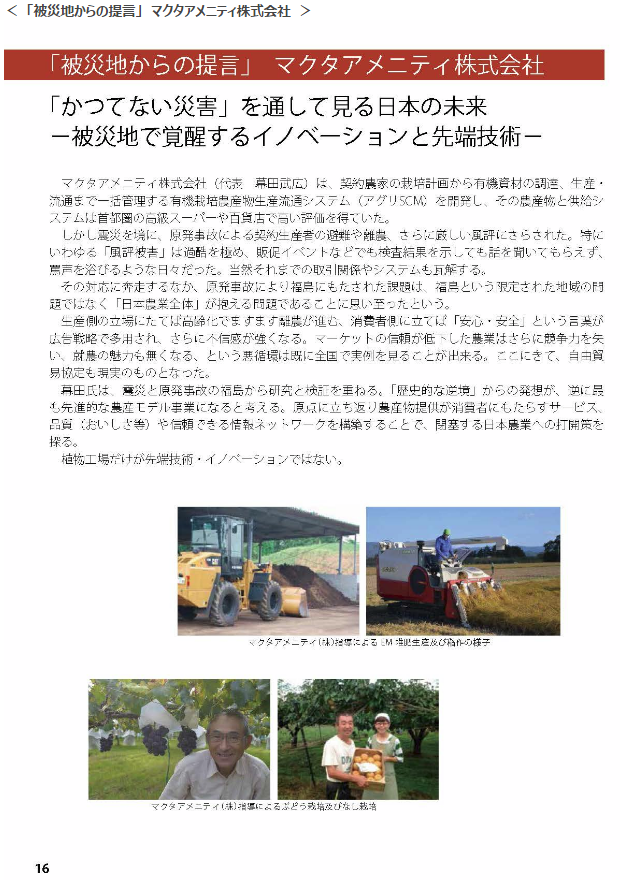