Twenty-two years ago I published the book Biseibutsu no nogyo riyo to kankyo hozen (The use of microorganisms in agriculture and environmental protection, published by Nobunkyo.) Unusually for a specialized book on agriculture, the book has sold over 100,000 copies, has gone through 25 printings, and is still available. It was the first book in the world to show multiple application methods for compound microbials, and to propose a classification of soils according to the microbiome found in them.

In other words, I argued that the overall quality of soil depends on its microbial flora. At the time, no one other than those involved with EM believed this, with the accepted view being that even if artificially multiplied microorganisms were applied to the soil the microorganisms already in the soil were so overwhelmingly numerous that it wouldn’t be effective to do so. Scholars and researchers thus viewed this book with suspicion, but for farmers and those actively accepting the challenge of using microorganisms, the book has become a sort of bible.

Twenty some years have passed, the book has been published in numerous countries, and people are now more broadly recognizing the vital importance the microbial flora play in determining the functionality of soil. And I have been stressing that, not only in agriculture, but for everything that exists on Earth, the functionality level will vary depending on the microbial flora.

What is most unique about this book is its emphasis on how a soil’s power is determined by the types of microorganisms active in it, and their density. Through increasing the density of composite type and fermenting type microorganisms it is possible to increase yield and quality to heretofore unheard of levels, eliminate the need for chemical fertilizer and agrochemicals, and raise crops without tilling.

Soil in which putrefactive type microorganisms predominate and there are many insects pests. Use of non-decomposed organic matter will increase the occurrence of insect pests, so agrochemicals, chemical fertilizers and soil disinfectants are indispensable. Over 95% of the soil in Japan today is putrefactive soil.

2. Purifying type soil (soil that suppresses the causes of disease)

This is soil, as in the humus found in hardwood forests, that contains fluorescent actinomycetes and Trichoderma, and in which various antibacterial microbials predominate. Diseased seedlings planted in this soil will recover from disease. This is the kind of soil that organic farms and farmers get after many years of using mature compost, and is soil in which no harmful pests appear. However, fully ripening and applying large amounts of compost requires financial and labor resources, so there is a limit to how much such soil can be produced.

This is soil in which fermenting type microorganisms such as lactic acid bacteria and yeast predominate. This type of soil ferments and breaks down all kinds of organic material and makes it soluble (so that plants can absorb it), so there is a severe reduction in the number of insect pests, and though there is a large yield, various steps must be taken to improve quality (such as adding minerals, vitamins, sugar, etc.). In nature this type of soil is the exception and it is possible to create it through the application of diverse fermenting type microorganisms.

No insect pests whatsoever appear in this soil, which becomes fertile on its own without the application of organic matter. Microorganisms with the ability to synthesize, such as phototrophic bacteria and azotobacter, co-exist in this soil; this soil is also found, rarely in rice paddies. The quality of crops is quite high, though the yield is only slightly better than average.

EM works to return all naturally occurring organic matter back to the soil without composting, with the aim of producing high yield, high quality agricultural products. In order to do this, the idea is to produce a kind of fermenting composite type soil that purifies and combines the best aspects of both fermenting type soil and composite type soil. It is important to grasp the concept of managing this artificially produced high level microbiome in order to create high-quality, high-yield crops beyond what has been achieved before.

However, there are hardly any people who, following this concept, use EM as thoroughly as it should be used; all they do is skillfully incorporate EM into existing farming technology. Because of this, I decided to take up the challenge myself and display the results. (This experiment took place in a small garden I call an “open air palace for plants.”) 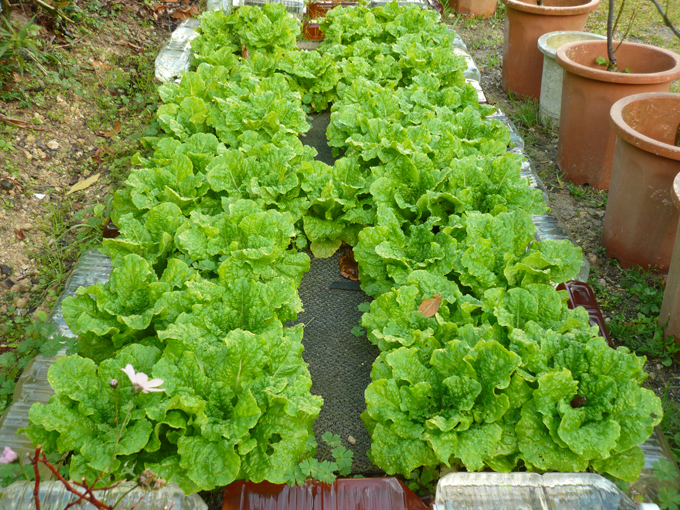 In photo 1 the base is on a former parking lot, with a compacted coral base and a top layer of gravel. I dug shallow planting holes, planted leaf lettuce, spread chicken manure and other material on top, then applied Activated EM at about 1 liter per square meter. The lettuce grew extremely well. The soil was only 3 cm deep, but when I replanted the lettuce is had become over 5 cm in depth. 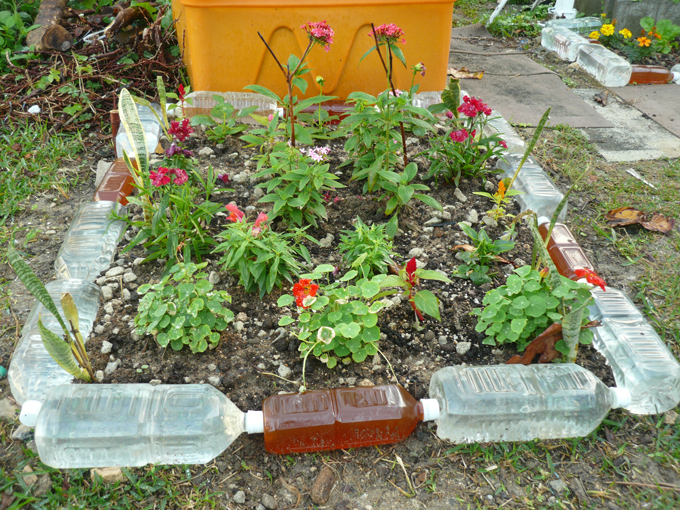 Photo 2 shows an instant flower garden in the same place. I surrounded it with plastic bottles, with Activated EM in every fourth or fifth bottle, which helped to activate the spot. 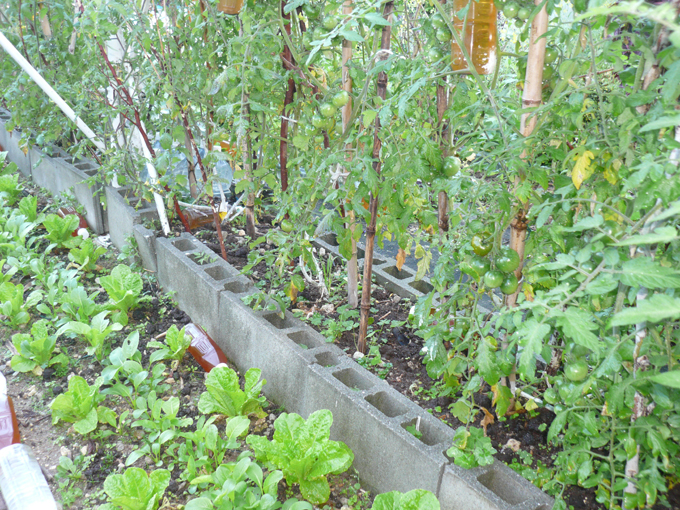 Photo 3, in the same former parking lot, shows tomatoes and lettuce. The tomato bed is simply a frame of concrete blocks with sand inside. I put chicken manure and other material on top of that. Then I applied Activated EM at what would convert to 1 ton per 10 a. The yield and taste was outstanding. 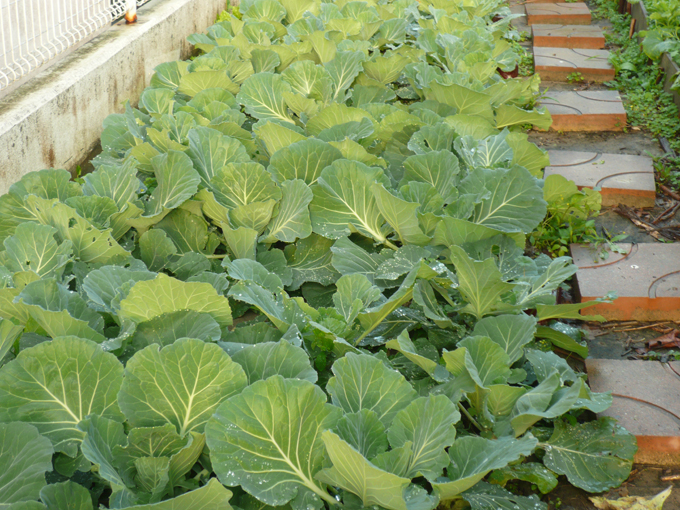 Photo 4 shows a place that used to be a path and drainage area where I dug up about 5-10 meters and planted cabbage. There are no cabbage butterflies flying around, and I’m sure the cabbages miss them. 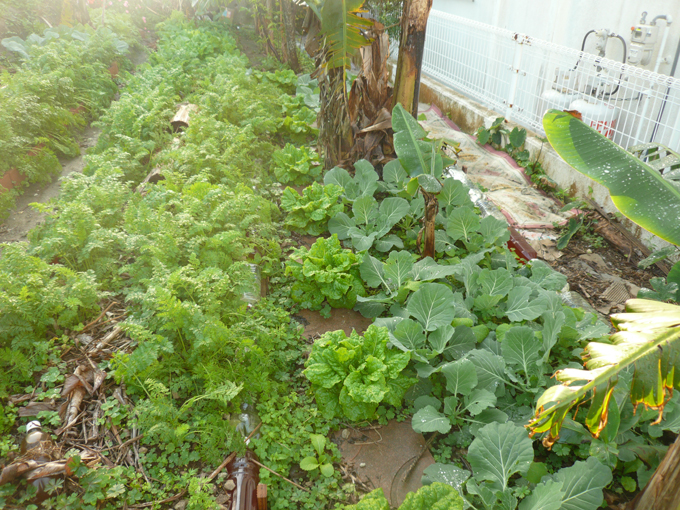 Photo 5 shows a spot where different types of vegetables were planted without tilling. When I harvested these, I replanted seedlings and scattered seeds in order to form an ecosystem. 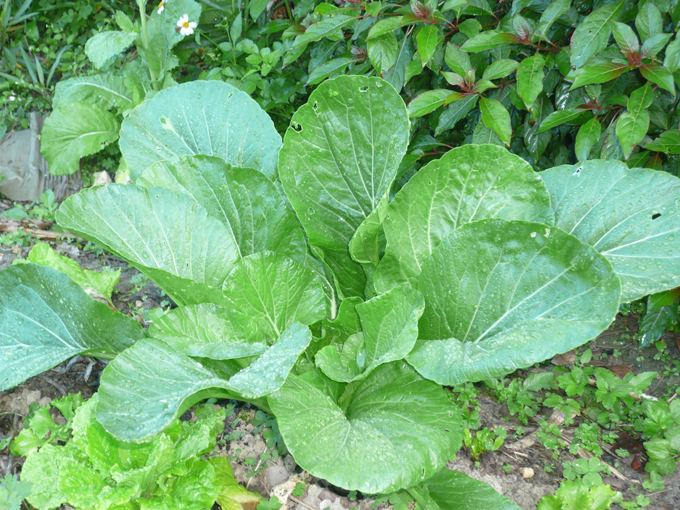 Photo 7 shows continous cultivation of Shandung Chinese cabbage that has just begun. I sowed seeds in the same spot on the day I harvested these, added Bokashi pellets and chicken manure and watered the soil with a 50-100 dilution of EM.

From this experimental garden I am able to provide 60-80 people with vegetables every week, producing as many vegetables as a plant factory. Other than when it’s harvested, I manage the garden by myself. I’d rate it only a 65 at present, but those who have visited the garden have really had their eyes opened to what is possible with EM.

Last October’s issue of Nikkei Science had a special report that, while shocking to most people, was something I was already well aware of. The report was titled “Special Report: Microbiome—How We are Full of Bacteria.” The report went on to say that, “Microbes in our body outnumber the number of cells by 10:1 and create a complex ecosystem. Abnormalities in this ecosystem play a dominant role in obesity and auto-immune diseases, in human health, longevity, and many other areas. It is no exaggeration to say that the way this microbiome is managed decides everything.”

The human body and nature both swim in a sea of microorganisms, and the state of these microorganisms is what determines everything. At present EM Technology is the only method that allows one to freely manage microbiomes. I hope everyone will once again realize how critically important EM is.